There's a solution I found by karl's post, use gitattributes to indicate *.strings file should convert from UTF-16 to UTF-8 on diff command. This is good and clean but not becoming my solution.

Because it's a little bit complicated, I have to set .gitattributes file for all iOS projects, and all contributors have to set same diff's driver_name at their own~/.gitconfig.
The two most important things are:
1. My favorite git command git add -p will not work on binary file for sure.
2. GitHub doesn't handle UTF-16 either.

These two considerations are crucial for me, I need a better solution.

Use UTF-8 text encoding, convert it to UTF-16 on building process

First, convert our Localizable.strings to UTF-8 encoding, Xcode's File inspector is convenient to do it. 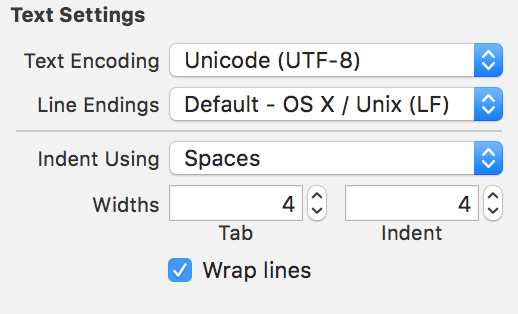 There is a magical flag that Xcode provided: Convert Copied Files

This description says it all, we have to find another flag Strings file Output Encoding.

Specify the encoding to be used for Strings files (by default, the output encoding will be 16-bit Unicode). The value can be either an NSStringEncoding, i.e. one of the numeric values recognized by NSString, or it can be an IANA character set name as understood by CFString. The operation will fail if the file cannot be converted to the specified encoding. [STRINGSFILEOUTPUT_ENCODING]

Theoretically this article should not exist, but sometimes Apple services work beyond anyone's imagination. If you ever received iTunes…

When writing an iOS application, it's too frequently we wait until event has sent, e.g., async operation has…